Brie is doing really well she is almost 100%. She will be going to my mom’s tomorrow for her new permanent home!

While we are so excited for Brie to get a new life we are now taking on our next challenge. The shelter calls her Nev, but we won’t keep that name.

Just looking at pictures of this girl makes my insides squirm. I cannot even fathom what she has gone through. I saw a post the last couple of weeks about this girl at OCAS and was hoping someone would have the resources to step forward and help her. We had our hands full with Brie and can’t take more than one dog at a time. However, today her story came up on my Facebook news feed again and she was still at OCAS. Her initial intake paperwork said she was highly fear aggressive. She is obviously in dire need of care, but was so fearful she wouldn’t let anyone touch her without being sedated. She also wouldn’t let them muzzle her and would gator roll and try and bite. This girl was so screwed up by humans that she completely lost any trust she previously had. I don’t blame her at all. She has extensive bite wounds all over her body. I think even the word ‘extensive’ is an understatement. She has some old scarring and new open wounds as well. The girl also has a limp so that will need to be checked over.

I was a little apprehensive to go meet her after all the descriptions of her was that she was aggressive. However, if it comes from a place of fear then that can be worked on. I got to OCAS and went directly to her cage. Coincidently, that was the one we got Brie from as well. While the volunteer went to get a staff member to let me meet her I got to have an uninterrupted first encounter. I knelt down and saw that she was relaxing on her cot. As soon as I started talking her tail went a wagging. While the rest of her remained unmoving, she made eye contact with me. Her eyes just locked on and expressed a mixture of fear and hope. Clearly, I’m humanizing things. After a few more minutes of me making small talk with her she got up and came to sniff me. She just sat, stared, and waited. The staff member came and we got to go to the outside run. The girl was unsure of people, but was exploring her new environment. I called her over to me and was surprised that she actually came. She sniffed me some more and started licking my arm. After some more roaming around she saw another dog through the fence. This was quite interesting, because I wanted to see how she would react. She was alert and still but let the other dog sniff her through the fence. Then, she went on about her business. I was floored that she didn’t have a more dramatic reaction. I know this was just one meeting, but the possibilities are real. She has already become so much better since the 3 weeks of her being in a safe place.

It’s interesting that some thrive in new environments while others are consumed by it.

We filled out an application for her today and we will get a call to pick her up in the coming days. Please, please, donate towards this girl’s care. She is going to need several vet visits to get everything healed. That doesn’t even factor in the emotional rehabilitation that she will need. 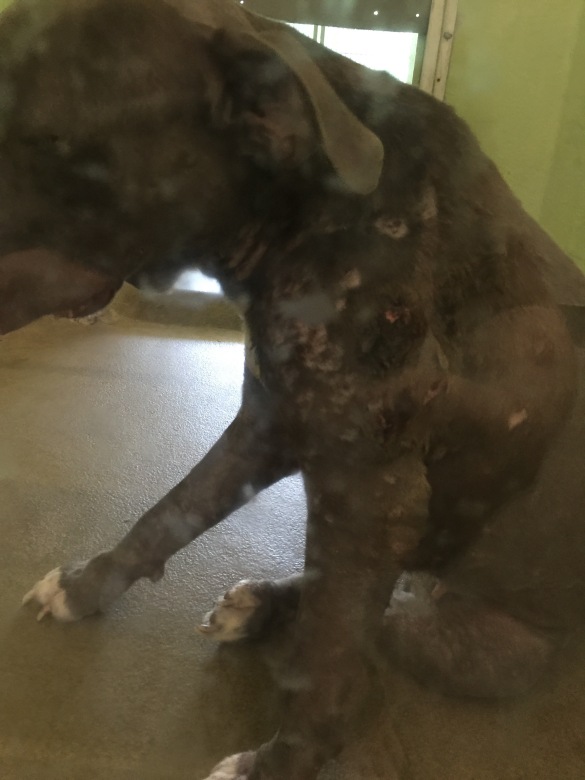 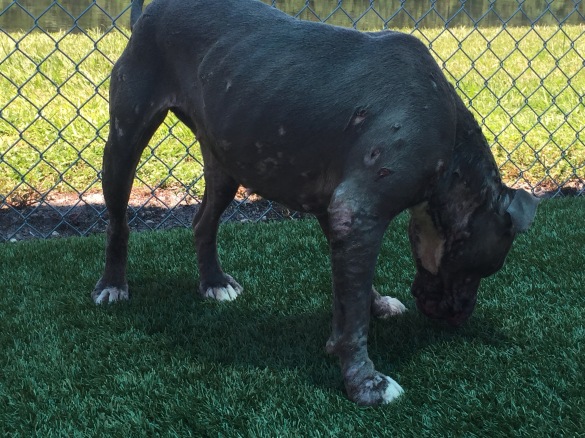 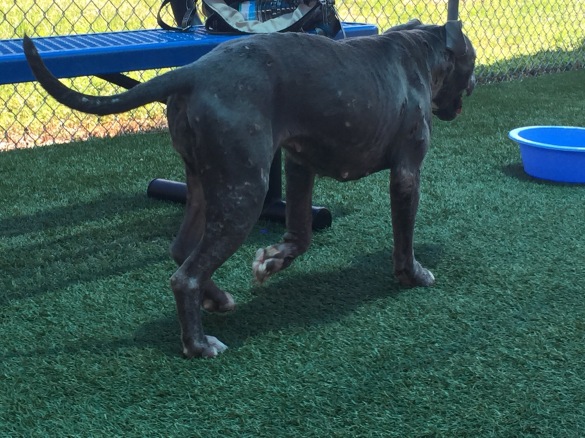