Yesterday, Anthony and I saw a Facebook post about a found dog in the Altamonte Springs area. He was a big lovable squishy face mutt a good Samaritan found wandering the streets with a leg injury.The ad said that the guy had him for about a week, but since no owners came forward and he lived in an apartment he would have to relinquish him to Animal Services the next day. Anthony wanted to help him so badly so we sent him a message that night saying we would take him in and get him the care he needed. The guy didn’t respond. The following day my husband took it upon himself to cyber stalk him. He literally messaged him on all the social media websites as well as sent messages to his family members. We can be a bit obsessive. The guy finally responded and Anthony picked him up that night on the way home.

We decided to name him Bruce because he looks so similar to our other dog Banner. Get it… Bruce Banner…

When he came home he strolled in and acted like he owned the place. He was immediately comfortable and was so sweet with us. He didn’t need to warm up to us at all. He was limping pretty badly and most of the time didn’t bear any weight at all. 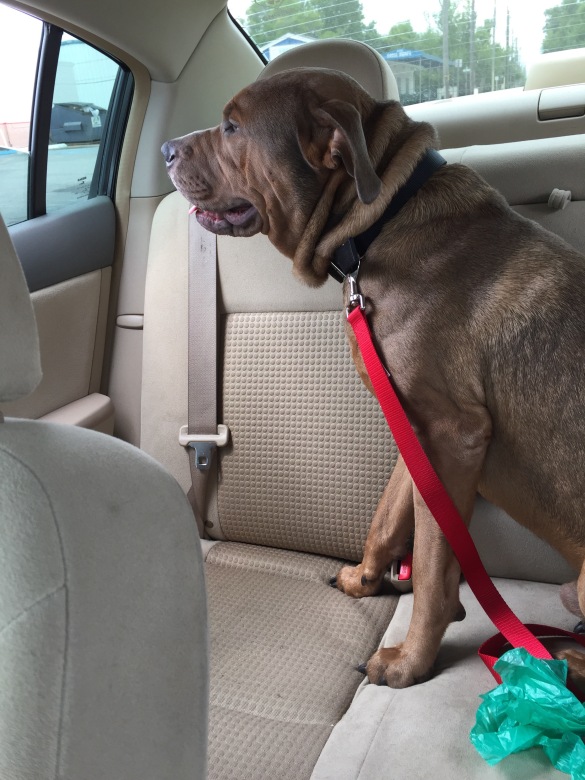 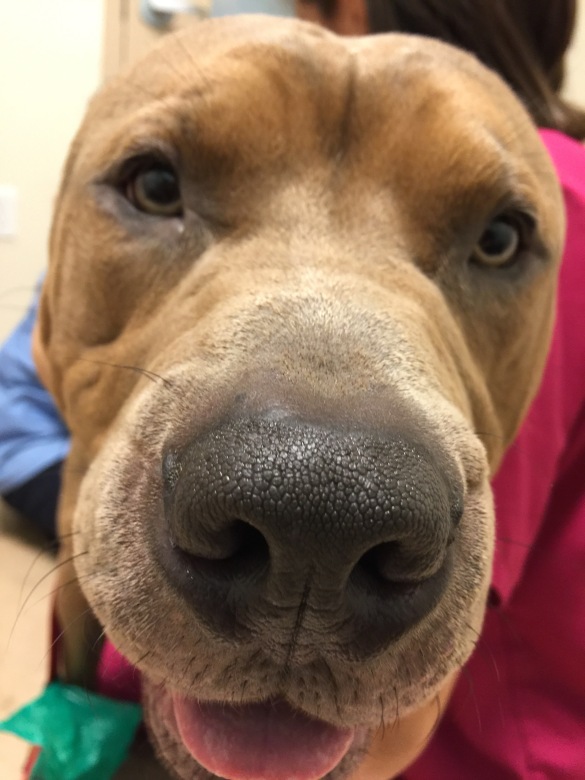 I took him to our vet and of course they did X Rays. Poor Bruce has a fractured hip. The vet explained that the break was in very close to the hip joint and it would be a fairly difficult surgery and he may have arthritis the rest of his life. We left with a referral and a $418 bill. Tomorrow is his appointment at the specialist and he may or may not have surgery then. The vet wants to decide during the appointment.